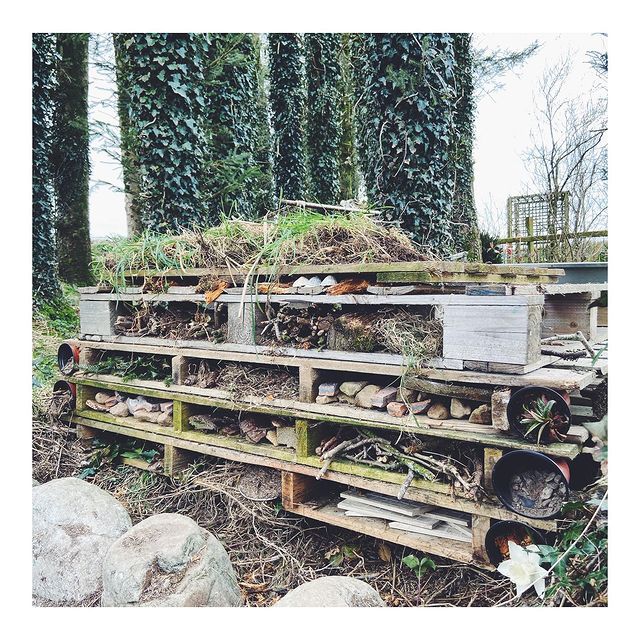 We’ve been enjoying the book ‘Bug Hotel, A lift-the-flap book of discovery’ over the past few weeks, and the kids were keen to try out their own one.

If you were following along on Stories, you’ll see not only did we make a hotel, we even had our first guest! Very exciting!

The great thing about a Bug Hotel is that you can use a mix match of things from around your garden.

Some of the recommended items from our book :
– Twigs and Sticks for spiders
– Rocks and Tiles for snails
– Bamboo Canes for solitary bees
– Old Wood for beetles
– Hay and Straw for ladybirds

We used four pallets as the structure, putting the larger ones at the bottom. We filled each space with a mix of materials and also added some small pots as well.

We also put moss / soil / grassy patches on the top and logs to each side.

Some more wildflower seeds around the area to attract butterflies and bees and we’ll be a top destination!

If you have a look on Pinterest there are loads of Bug Hotel ideas. And like with anything with kids, it’s about the fun of doing it and the awareness of the world around them. How the end product looks isn’t so important.

Anyone else have a Bug Hotel? Any ideas for adding to ours? We’re well into it! Our eldest even suggested we need a swimming pool after our first guest made an appearance!! Might think about that one!!